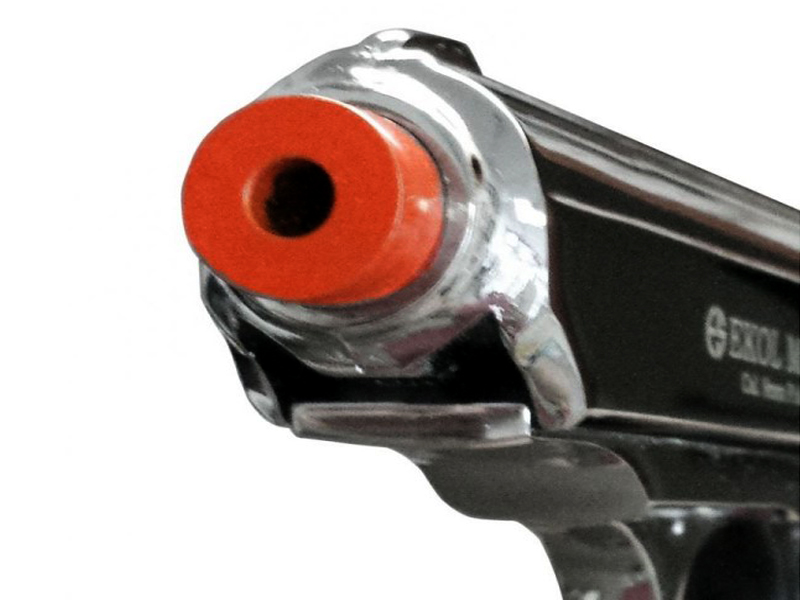 Trigger Pull: The EKOL Major is single action only, the trigger pull is relatively light as would be expected.

Build Quality: The build quality is similar to that of my Zoraki blank guns. The EKOL Major is well built and uses good quality materials, this gun is almost all metal. The finish quality is typical of other Turkish guns - good but not perfect. The chrome finish on the Major looks really good and gives the gun a nice two-tone look.I can't say I like the grips all that much as they are a bit shiny, but they do the job and aren't too brittle or anything. The gun seems solid and the fit and finish are also respectable.

Realism: The EKOL Major is a copy of the Walther PPK pistol most notoriously used by Agent 007 in many of the early James Bond movies. It is a fairly accurate PPK copy other than the magazine release which on the EKOL Major is located on the bottom of the handle just behind the magazine, whereas on the real Walther PPK it is located on the left side of the frame just behind the trigger.

Comments: The EKOL Major is a nice overall 9mm P.A.K. blank shooter, it has a very simple design and the classic semi-auto compact pistol look. It is one of the easier guns to field strip making it easy to clean if you plan on using it regularly. If you're a James Bond fan and want the Agent 007 sidearm without the hassle of actually purchasing a real Walther PPK then the EKOL Major might just be right for you.