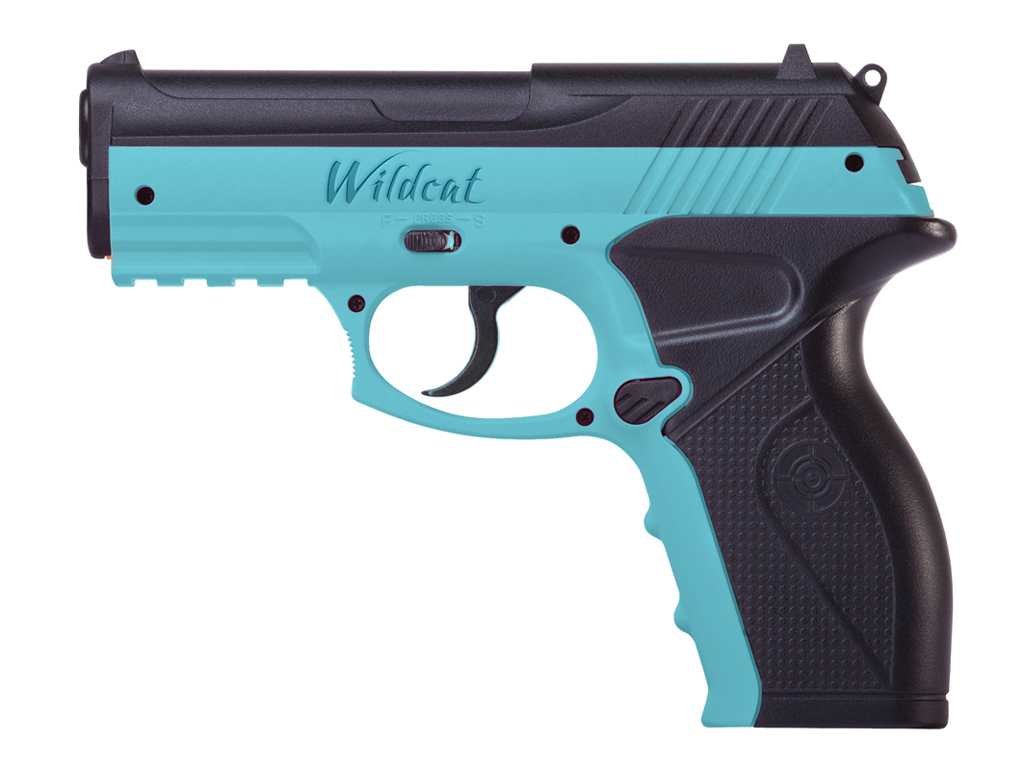 Trigger Pull: Typical double action only trigger, so expect it to be a longer, medium to heavy pull. I’d say it’s more of a medium pull. It’s not the fastest action shooter but it will get the job done emptying the 20 round stick magazine quick. Like many lower cost basic CO2 BB pistols, the barrel acts like the hammer in that it does protrude out of the barrel opening when you pull the trigger and snap back upon release.

Accuracy: I placed 5 rounds through my chronograph and got an average of 396 FPS with the fastest shoot hitting 404 FPS and the slowest shot in the string hitting 389 FPS. Interestingly enough, the fastest shot was the last shot in my 5 shot string so CO2 cooling did not affect the airgun too much. Next, I proceeded to do my best to obtain a 10 shot grouping using a seated and rested shooting position. Most of the shots were all under 20 inches and well-centered on the target with at least 3 or 4 rounds in the bullseye. I did get a flyer that went rather high but we will assume there may have been a bad BB in the bunch since I did not feel I pulled that shot at all. Since the other rounds all placed well together well we'll go with the smaller grouping of under 2 inches.

Build Quality: It's mostly plastic with some metal internal parts where they need to be for strength and durability. The pistol is basically two plastic halves put together with screws on the right side. This may not be the prettiest way to build a CO2 airgun but it does work and keeps things simple. Simple means there are a lot less things to go wrong, meaning you'll have an airgun that is reliable for a long time.

Realism: The Crosman P10 Wildcat is not a replica of any specific real steel pistol in production but it looks like a hybrid of a Beretta and Sig. Obviously the blue and pink versions are made to show they aren't real guns but you can get the P10 in the all black Phantom version which will look more like a real gun. There are few moving parts on the P10: just the trigger, safety, and magazine release. All other parts are molded into the plastic with no working slide or hammer. The CO2 tab is well-hidden by the grips but the barrel is not recessed at all.

Comments: I’m not a big fan of all plastic non-blowback airguns as I have made aware in many of my other videos. That said, there is a place for airguns like the Crosman P10 Wildcat BB Pistol for those looking to buy a gun simply to shoot at targets and have fun with. The P10 Wildcat will do just that dependably while offering lots of shots per CO2 with a high FPS. It should also get reasonable accuracy while doing so. Being able to get it in a variety of colours means you can personalize the Crosman P10 more, and the blue and pink versions may be the deciding factor for some parents sitting on the fence on whether or not to allow their young adult or teenager to buy their first CO2 BB pistol.

Read the rest of my written Field Test Review over on our Airgun Blog with additional info and photos:
https://www.replicaairguns.com/posts/2020/1/2/crosman-p10-wildcat-co2-bb-pistol-airgun-kit-field-test-review

Crosman Black P10 Phantom CO2 BB Pistol in the US:
https://www.replicaairguns.us/crosman-p10-phantom-bb-pistol-airgun-kit
How are we doing? Give us feedback about this page.